What is Peripheral Neuropathy?

According to the National Institute of Neurological Disorders and Stroke, peripheral neuropathy refers to the many conditions that involve damage to the peripheral nervous system, the vast communication network that sends signals between the central nervous system (the brain and spinal cord) and all other parts of the body. Peripheral nerves send many types of sensory information to the central nervous system (CNS), such as a message that the feet are cold. They also carry signals from the CNS to the rest of the body. Best known are the signals to the muscles that tell them to contract, which is how we move, but there are different types of signals that help control everything from our heart and blood vessels, digestion, urination, sexual function, to our bones and immune system. The peripheral nerves are like the cables that connect the different parts of a computer or connect the Internet. When they malfunction, complex functions can grind to a halt.

Nerve signaling in neuropathy is disrupted in three ways:

Symptoms can range from mild to disabling and are rarely life-threatening. The symptoms depend on the type of nerve fibers affected and the type and severity of damage. Symptoms may develop over days, weeks, or years. In some cases, the symptoms improve on their own and may not require advanced care. Unlike nerve cells in the central nervous system, peripheral nerve cells continue to grow throughout life.

More than 20 million people in the United States have been estimated to have some form of peripheral neuropathy, but this figure may be significantly higher—not all people with symptoms of neuropathy are tested for the disease and tests currently don’t look for all forms of neuropathy. Neuropathy is often misdiagnosed due to its complex array of symptoms.

Are There Natural Treatments for Peripheral Neuropathy?

Stem cell therapy may be able to treat patients suffering from peripheral neuropathy. Stem cells have the capacity to regenerate almost anything in the body, and have even been used to create entire organs from only a few cells. Since the stem cells used come from the human body, they are about as natural as it gets.

Since the publication of a team’s discovery in 2016 that mesenchymal stem cells (MSC’s) could reverse diabetic neuropathy, there have been a number of advances in stem cell therapy for peripheral neuropathy. In addition to the many changes that have come, a lot has been learned about this natural treatment for neuropathy and its potential for over 20 million patients in the United States alone.

Things are always moving quickly in the world of stem cell therapy. It was only one year prior in 2015 that researchers at Duke University discovered the stem cell therapy could provide long lasting pain relief for people with diabetic neuropathy and other forms of nerve pain. Another study has shown the potential for stem cell therapy to reduce neuropathic pain in oxaliplatin-induced neuropathy.

With all of these developments in the past few years being refined by further use and testing, our stem cell therapy clinic can talk to you about your options and see if you might be a good fit for stem cell therapy treatments that could ease your symptoms. Read on for more information about peripheral neuropathy, how it is classified, and what causes it.

How Are The Peripheral Neuropathies Classified?

More than 100 types of peripheral neuropathy have been identified, each with its own symptoms and prognosis. Symptoms vary depending on the type of nerves—motor, sensory, or autonomic—that are damaged.

About three-fourths of polyneuropathies are “length-dependent,” meaning the farthest nerve endings in the feet are where symptoms develop first or are worse.  In severe cases, such neuropathies can spread upwards toward the central parts of the body. In non-length dependent polyneuropathies, the symptoms can start more toward the torso, or are patchy.

What Are The Symptoms of Peripheral Nerve Damage?

Symptoms are related to the type of nerves affected.

Motor nerve damage is most commonly associated with muscle weakness. Other symptoms include painful cramps, fasciculations (uncontrolled muscle twitching visible under the skin) and muscle shrinking.

Autonomic nerve damage affects the axons in small-fiber neuropathies. Common symptoms include excess sweating, heat intolerance, inability to expand and contract the small blood vessels that regulate blood pressure, and gastrointestinal symptoms. Although rare, some people develop problems eating or swallowing if the nerves that control the esophagus are affected.

There are several types of peripheral neuropathies, the most common of which is linked to diabetes. Another serious polyneuropathy is Guillain-Barre syndrome, which occurs when the body’s immune system mistakenly attacks the nerves in the body.  Common types of focal (located to just one part of the body) mononeuropathy include carpal tunnel syndrome, which affects the hand and the wrist, and meralgia paresthetica, which causes numbness and tingling on one thigh.  Complex regional pain syndrome is a class of lingering neuropathies where small-fibers are mostly damaged.

Paresthesia refers to a burning or prickling sensation that is usually felt in the hands, arms, legs, or feet, but can also occur in other parts of the body. The sensation, which happens without warning, is usually painless and described as tingling or numbness, skin crawling, or itching.

Most people have experienced temporary paresthesia — a feeling of “pins and needles” — at some time in their lives when they have sat with legs crossed for too long, or fallen asleep with an arm crooked under their head. It happens when sustained pressure is placed on a nerve. The feeling quickly goes away once the pressure is relieved.

Chronic paresthesia is often a symptom of an underlying neurological disease or traumatic nerve damage. Paresthesia can be caused by disorders affecting the central nervous system, such as stroke and transient ischemic attacks (mini-strokes), multiple sclerosis, transverse myelitis, and encephalitis. A tumor or vascular lesion pressed up against the brain or spinal cord can also cause paresthesia. Nerve entrapment syndromes, such as carpal tunnel syndrome, can damage peripheral nerves and cause paresthesia accompanied by pain. Diagnostic evaluation is based on determining the underlying condition causing the paresthetic sensations. An individual’s medical history, physical examination, and laboratory tests are essential for the diagnosis. Physicians may order additional tests depending on the suspected cause of the paresthesia.

National Institute of Neurological Disorders and Stroke states that most instances of neuropathy are either acquired, meaning the neuropathy or the inevitability of getting it isn’t present from the beginning of life, or genetic.  Acquired neuropathies are either symptomatic (the result of another disorder or condition; see below) or idiopathic (meaning it has no known cause).

Genetically-caused polyneuropathies are rare.  Genetic mutations can either be inherited or arise de novo, meaning they are completely new mutations to an individual and are not present in either parent. Some genetic mutations lead to mild neuropathies with symptoms that begin in early adulthood and result in little, if any, significant impairment. More severe hereditary neuropathies often appear in infancy or childhood. Charcot-Marie-Tooth disease, also known as hereditary motor and sensory neuropathy, is one of the most common inherited neurological disorders.

The small-fiber neuropathies that present with pain, itch, and autonomic symptoms also can be genetic. As our understanding of genetic disorders increases, many new genes are being associated with peripheral neuropathy.

How is Peripheral Neuropathy Diagnosed?

The bewildering array and variability of symptoms that neuropathies can cause often makes diagnosis difficult.  A diagnosis of neuropathy typically includes:

Additional tests may be ordered to help determine the nature and extent of the neuropathy.

Muscle and nerve ultrasound is a noninvasive experimental technique for imaging nerves and muscles for injury such as a severed nerve or a compressed nerve. Ultrasound imaging of the muscles can detect abnormalities that may be related to a muscle or nerve disorder. Certain inherited muscle disorders have characteristic patterns on muscle ultrasound.\

Where Can I Get Stem Cell Therapy for Peripheral Neuropathy?

How Do I Get Started?

While the world of regenerative medicine might seem overwhelming, it’s much simpler if you start with an experienced clinic that follows high quality standards and has safe practices. At Dynamic Stem Cell Therapy here in Las Vegas, Nevada, it’s our mission to make sure you get the care that you need in a safe and controlled way.

If you have questions about PRP, stem cells, or stem cell therapy, ask us anything! Dynamic Stem Cell Therapy employs an incredible staff and a compassionate, world-class doctor that can help you find the right path for your personalized treatment. Book a free consultation or contact us today, and we’ll help you discover if stem cell therapy could be the right choice for you. 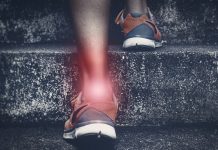 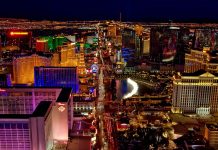 Why should I go to Las Vegas for stem cell therapy? 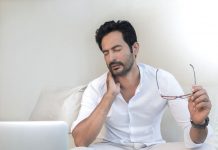 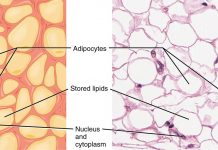 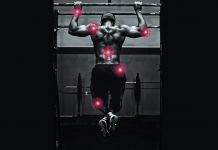 Are you a candidate? Schedule your free consultation today!

**We deliver the safest, most effective biomolecular cellular enriched treatments to promote healing. The native environment of these tissue based regenerative cellular therapies deliver normally regenerative components and are therefore rich with stem cells as well as other healing biomolecules but do not single out any one particular cell group. Stem Cell activity in the body's healing process is naturally enhanced (meaning tissues used for graft are minimally manipulated for homologous use per FDA guidelines). This is provided as a service and as a practice of medicine only wherein the physician and patient are free to consider their chosen course of treatment alternatives. This procedure is not a drug nor do we claim it to be a cure for any condition. Results vary and are not guaranteed.

Saturday: By appointment only